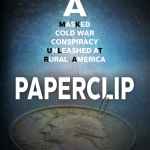 “I warmly endorse the continuing efforts of Dan Woll and Walter Rhein for their latest novel, “Paperclip.” Unsettled, stirring. drama-laden—“Paperclip” is written with gusto, good humor and a knowledge of the panoply that is America, as the authors take their three gifted characters from youth to adulthood. How can you resist a book that opens with a guesser who is always right? “Paperclip” begs for a read, a sequel, and a movie.”
—Dave Wood, Former Books Editor, Minneapolis Star Tribune and Past Vice-President, National Book Critics Circle

What if your whole life was an experiment?

Prior to meeting Carlie, Mickey’s biggest problem consisted of escaping the wrath of the ruler-wielding nuns of St. Asors. But when Carlie moved to town, Mickey found that the young girl’s proximity began to enhance a dormant ability to catch fleeting glimpses of the future. Confused by the stirrings of young love, Mickey began to sense the presence of a shadowy villain, driven by hatred, on a relentless pursuit that would not end until both Mickey and Carlie were dead.

Buy Paperclip today on amazon.  Available in paperback and Kindle. 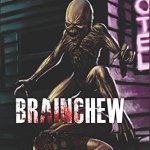 GIRLS ARE NOT SMILING – the latest novel by WOL-VRIEY – now available!

From the author of Hell Dancer, comes Girls Are Not Smiling.

Welcome To The Road Trip From Hell

Britt is just terminally pissed off.

Meet three young Boston women on the run from the law, each with problems that will fuse into more than the sum of their individual parts, becoming a holocaust of sex and violence and terror, a literal rain of blood and horror and gore and evil.

And if that wasn’t already bad enough, Pagan’s pet demon is slowly transforming her into something both unspeakable and unholy.

THE GIRLS OF OCTOBER – a tale of horror and suspense by JOSH HANCOCK – now available! 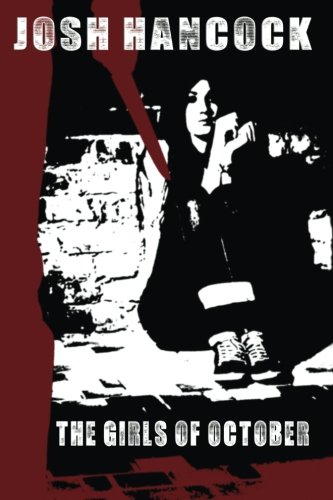 “Simply incredible… Hancock delivers ‘the bogeyman’ in an unforgettable way that horror fans are sure to enjoy.” —Gary Lee Vincent, author DARKENED HILLS

“A wild ride! Just when you thought you knew where it was going, it takes you to another level.” — Solon Tsangaras, Author, Detour to Armageddon

The Girls of October tells the story of a young woman who develops a strange fascination with John Carpenter’s Halloween, believing that somewhere within the 1978 horror classic lays the truth behind an arcane force that has terrorized her since her childhood.

As an escape from a world that has not always been kind, film student Beverly Dreger takes comfort in spooky urban legends, horror movies, and monster magazines. But when a string of bizarre murders draws her closer to the folkloric entity known as “the bogeyman,” Beverly must unravel the mystery of her past and confront an ancient evil.

Get your copy of The Girls of October today on amazon.com
Available in Paperback and Kindle editions.

From Legendary Horror Writer John Russo comes a harrowing tale where no one is safe!

Dealey Plaza is one of the most notorious places in America, and when youthful conspiracy buffs go there in 1964 to stage their own reenactment of the Kennedy Assassination, four of them are brutally murdered — the first victims of a hate-filled legacy that continues for four more decades.

The survivors of that long-ago Dallas trip, each of them now icons of the American way of life, are about to be honored — or killed.

Who will live and who will die? Will it be country-western star Lori McCoy? Her loving husband? Her scheming ex-husband? Or the case-hardened FBI agent and longtime friend who risks his life trying to protect them?

This is JOHN RUSSO at his best!

Dealey Plaza is one of the most notorious places in America, and in the spring of 1964 I went there with some college pals, conspiracy buffs, who wanted me to help them film their own version of the Kennedy Assassination.

On the way home, four of them were murdered and their footage went up in flames.

It was the first link in a chain of violent death that spanned four decades and caused me to abandon all my youthful hopes and dreams.

As the years went by, some of us who had survived that trip became rich, some became famous or notorious, and some of us were entangled in tricky or dangerous situations that life had thrown our way.

Now we were gathered together for Homecoming Weekend 2000 at Belmont University.

But a killer was waiting for us.

And he was nursing a deadly grudge that had its roots in the trip to Dallas we had embarked on long ago when we were young, adventurous and innocent.

Buy the book today at
www.DealeyPlazaBook.com