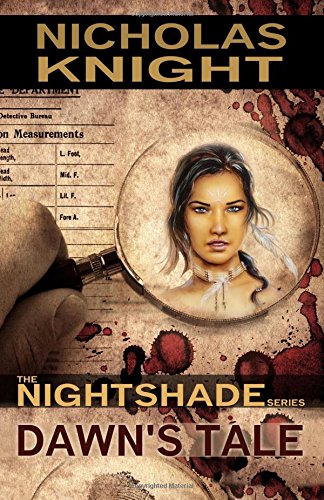 Reuben Ian Peterson, a severe sufferer of porphyria, is admitted to a Virginia mental hospital, after attempting to self-mutilate.

While there he meets and falls passionately in love with Dawn Moon, a promiscuous, 18-year-old Native American, who believes herself to be a wolf and once cornered, shows there is more to her animalistic nature than meets the eye.

Their love is forbidden and taboo, but is a torrid love, which is unbreakable and undeniable.

Both characters struggle with brutal adversity and affliction. Reuben is cursed with a physical shell that tests the limits of a mother’s love, and Dawn is lust personified, the object of everyone’s desire, who’s terrified that no man could ever get past her glamorous appearance to really know and truly love her.

They couldn’t be more opposite and their mutual attraction defies any logic or reason, yet their hunger for each other grows beyond limit and surpasses any and all obstacles. Theirs is an intense obsession, which at the climax, leads to devastating trauma and a bloody massacre.